Pandion haliaetus
​This unique raptor survives solely on a diet of fish. He lives along the waterways all across America, diving directly into the depths to catch his next meal. His talons are adapted well to holding his slippery prey securely; unlike his single back toed cousins, the Ospreys toes splay with one able to reach forward or backwards to accompany the other back toe creating two in front and two in back when piercing prey.

This adept angler boasts a 70 percent success rate while hunting, securing his catches with barbed pads on the soles of his feet. The average time between dives is only 12 minutes, subverting the trope that fishing requires an immense amount of patience.

A specialized hawk in its strictly aquatic diet, the Osprey has been given its own taxonomic genus, Pandion, derived from the name of the Greek king of the ancient coastal kingdom, Athens. "Haliaetus" defines the species and is also ancient Greek for "sea eagle", closely relating this hawk to its Sea Eagle cousins of the genus "Haliaeetus". The common name "Osprey" dates back to archaic roots as well, making its first recorded appearance around 1460 as a Medieval Latin phrase for "bird of prey". 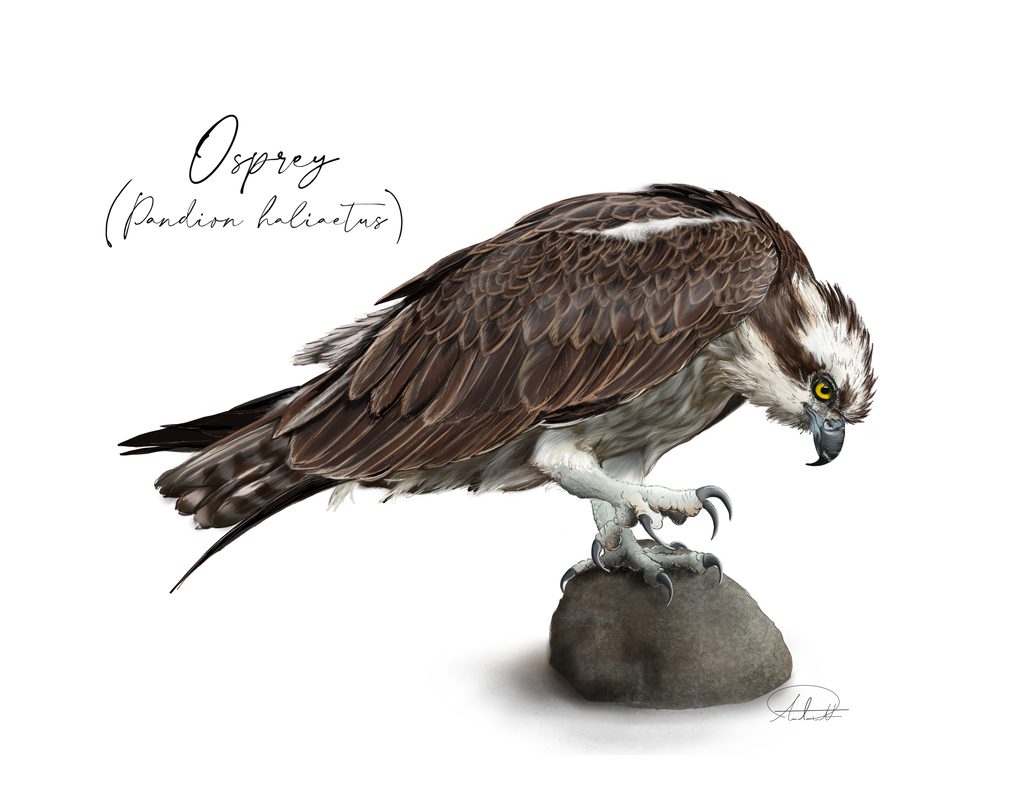