Haliaeetus leocucphalus
A symbol of strength and bravery, the Bald Eagle is one of the most iconic birds in America. Known as the United States' national bird, the Bald Eagle's images is used as a sign of patriotism in our commercial lives. In the 1950's these large raptors were driven to the brink of extirpation in the lower 48 states, their population having declined to only 412 nesting pairs. The primary cause of the population dive was the introduction of a pesticide known as DDT that interfered with the bird's reproductive health, though habitat loss and over-hunting were factors as well. Through conservation efforts and placing the eagles on the endangered species list in the 60's the population slowly recovered to the point that they have been removed from concerned species lists and their numbers are declared of "least concern" as of 2007.

Beyond evoking a sense of national pride, this formidable predator is a majestic sight familiar to all outdoorsmen. Their distinct white head and tail make for immediate recognition among even the most amateur of birdwatchers. While there is no difference in coloration between mature males and females, the females are 25% larger than their male counterparts. Juvenile Bald Eagles lack the white head and tail, displaying as deep brown with white streaking on their chest until their fourth or fifth year of life. They could be mistaken for a Golden Eagle, though immature bald eagles lack the warm toned feathers and have much larger heads and beaks than their cousins.

The most common place to spot these majestic birds of prey is near a large body of water, along shorelines of lakes and rivers, over wetlands, and along the ocean coastlines. Their diet primarily consists of fish, though they are an opportunistic carnivore and don't hesitate to consume any available prey. Historically, Bald Eagles are accused of killing livestock, particularly preying on lambs; though there are only a handful of recorded cases of a confirmed eagle kill. Usually the case is closer to an eagle found scavenging a carcass of livestock left from coyotes as much of their food is sourced as carrion or kleptoparasitism (stolen prey).

Bald Eagles' likeness is used in much of the United State's official imagery, featured prominently on the federal seal, coins, postage, and more. Long before the birth of the United States of America, Native Americans also revered this powerful bird as sacred. Feathers and claws adorned religious regalia and represented powerful icons of protection. Across the cultures of the many Native American tribes and throughout the world even, Eagles have commonly been seen as messengers to the spiritual world. 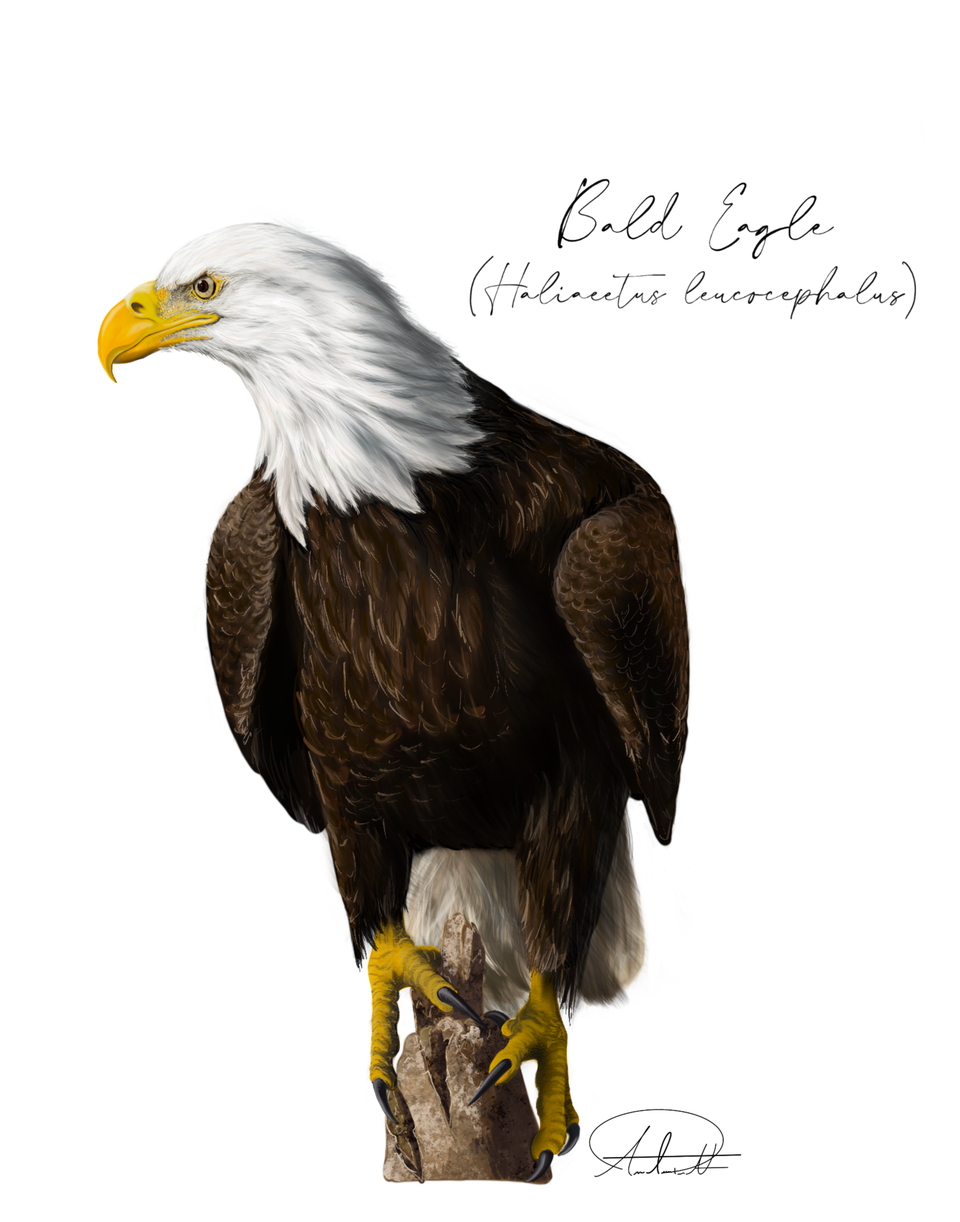