Colinus virginianus
The Northern Bobwhite Quail is a gorgeous game species know for bursting forth in coveys of flashing wings. Pursued by upland hunters primarily in the Southeastern States, these birds are a historic species in the world of sportsman. Primarily due to their popularity as a game species, this is one of the most well researched birds in the US. Their numbers have dropped significantly over the last fifty years due to loss of habitat and changes in agriculture practices. Conservation is an increasing priority for these birds with much of the funding for preservation projects coming from sportsman interest groups.

This intricately patterned small ground bird blends seamlessly with its surroundings, allowing them to range across the entire eastern half of the United States. Their dappled appearance varies in intensity and color by region and accounts for 22 subspecies that make up the Northern Bobwhite species. The females of all the subspecies are a consistent tan color with speckled cream dapples across their chest and a brown stripe behind the eye. The males vary dramatically with some sporting a black and white mask and others an entirely dark head. They all feature a small crest, yet their bodies range in colors from dusky brown to chestnut to iridescent pheasant-like plumage.

While they are difficult to spot in the wild, listen closely along field edges and you might recognize their iconic two beat uptilt whistle, announcing their own name “Bob-WHITE”. 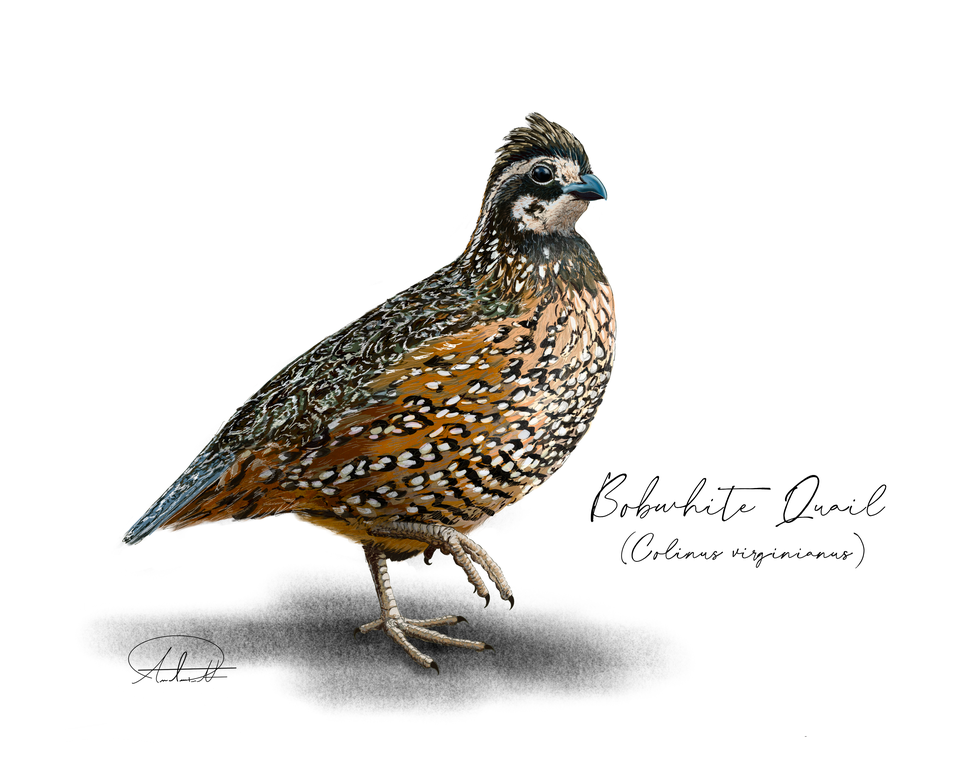