Bubo virginianus
As fierce as their piercing yellow eyes make them seem, Great Horned Owls will eat just about anything. They hunt at night, taking their prey by surprise, attacking other birds and medium to small mammals. They will hunt raptors, other owls and have even been reported to attack Great Blue Herons.
🌙
The only true predator of a skunk, these owls are fearless and swift in their hunt. They have no consistent predators to fear; however, ravens and songbirds will often harass Great Horned Owls during the daylight, potentially causing great injury from pecking at their large eyes.
🌙
The range of Great Horned Owls is larger than that of any other owl species. Living as far north as the Canadian Boreal forests and as far south as the Pampas of South America, these birds occupy a vast variety of habitats including deciduous and coniferous forests, swamps, mangroves and deserts canyons.
🌙
Their mottled coloring camouflages them among their diverse backgrounds. Their color tone will often adapt to their local region; pale grey to blend with the bark of Maples in coniferous forests, often dark and sooty to match the shadows of conifers, rusty red like canyon walls, or even a pale tan like the highlands of South America. 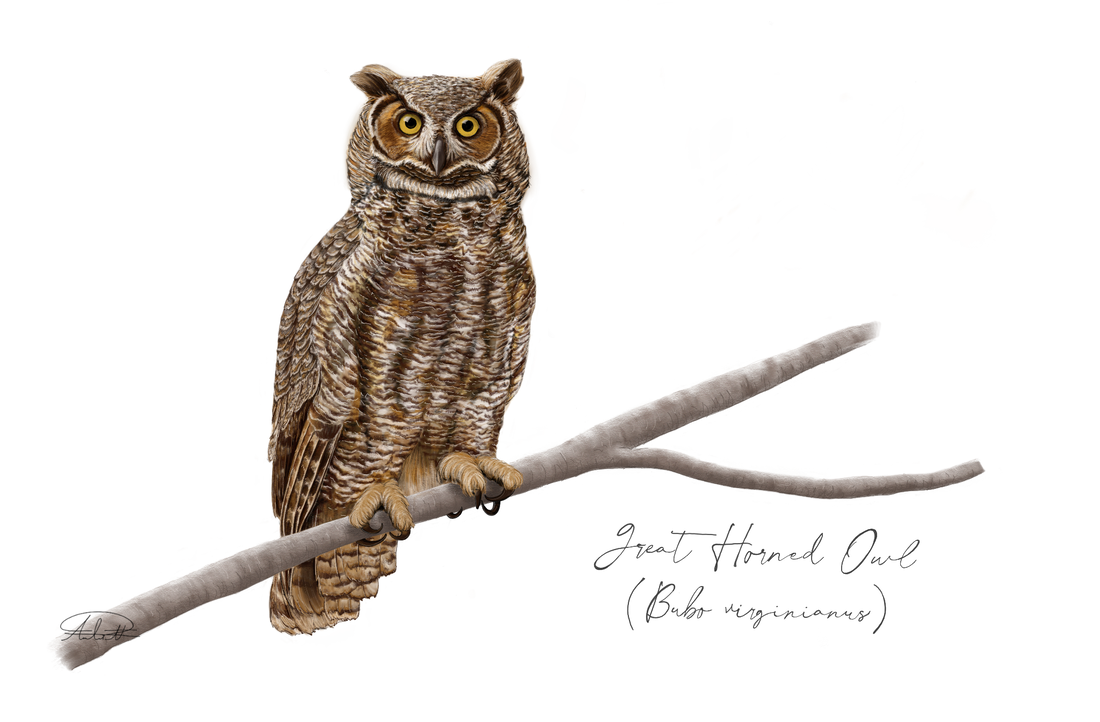